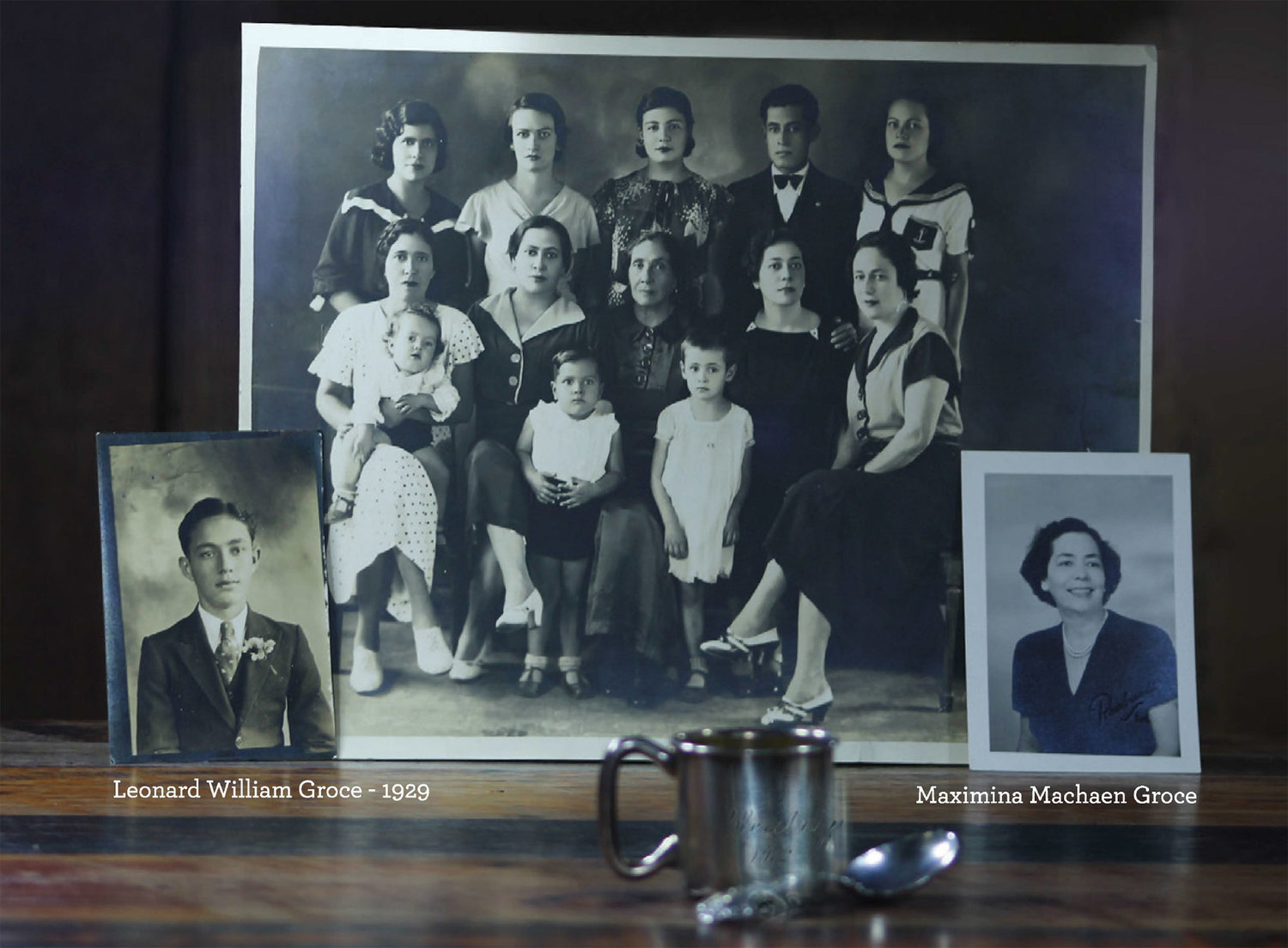 Maximina "Momie" Machaen Groce, born in Guadalajara, Mexico, was the great grandmother of Kevin & Ric Kiersh, owners of Red River Cantina. While living in Tampico, Mexico in the early 19oo's during the Mexican Revolution, Maximina was forced to flee Mexico with her husband, Leonard Courtney Groce and four eldest children. They settled in League City, Texas on Calder Rd.
Once the revolution came to an end, Leonard Groce returned to Guadalajara to check on their home and belongings. Sadly, he found their house to be burned to the ground with little remains. He returned to League City and remained there until his dying days, leaving behind his wife Maximina and children; Beatriz, Estela, Leonard, Maxie & Courtney.
Leonard Groce was a direct descendant of Jared Ellison Groce, who was one of the "Old 300" who settled in Texas with Stephen F. Austin. League City has remained home to five generations of the Groce family.
The Groce & Kiersh families grew up enjoying the recipes handed down over the years from Maximina as well as many other family members. From their first barbeque location to Tex-Mex, the restaurants they've opened are a celebration of their family heritage - each one being a direct product of the cultural & culinary experiences found throughout Texas & Mexico.